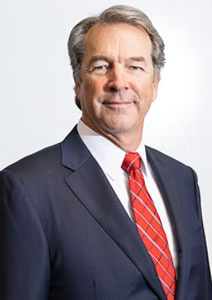 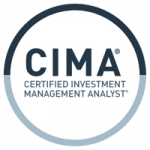 Since 1979, David has been active in the investment consulting industry. In 1982 David founded the Louisiana consulting group for UBS PaineWebber. In 1989 he formed the Senior Financial Consulting Group at Prudential Securities, which grew to become one of the largest consulting groups for Prudential worldwide. After 20 years with Wall Street firms, Mr. Thomas formed the independent company, Equitas Capital Advisors, LLC in 2002. Mr. Thomas created the Equitas Evergreen Fund in 2003, a multi strategy fund of funds which has won awards and is tracked in Bloomberg under the symbol EQUEVGR US EQUITY.

David has written numerous articles, which have been published in Pension World, Case and Comment, and Directors and Boards, among others and is under contract as a contributing writer for Forbes Online. In 2011, City Business announced its inaugural class of “Money Maker$” honorees, recognizing David as an investment professional whose work, accomplishments and achievements have not only set the pace for his company, but the region as a whole. Professional associations include IMCA – The Investment Management Consultants Association, where David earned his Certified Investment Management Analyst CIMA designation, and LATEC the Louisiana Trustee Education Council. David received his Bachelors of Business Administration (BBA) from Belmont University in Nashville, Tennessee.

David lectures at Tulane University and served as an adjunct professor of finance for Southern University of New Orleans for five years and as a trustee for the Christian Health Ministries Foundation. He was named an honorary Louisiana State Representative for his work as a founding speaker and sponsor of LAPERS – Louisiana Association of Public Employees’ Retirement Systems.

He and his wife, Lucy, reside in Metairie and have three grown children; Nicholas, Olivia, and Alexander. 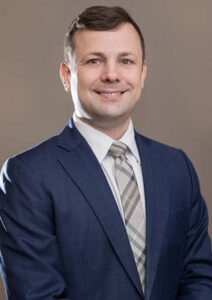 A native of New Orleans, Derek earned his Bachelor of Science in Economics from Tulane University. While in undergrad, Derek served as President for Alpha Kappa Psi business fraternity. Subsequently, he joined the MBA program at the A.B. Freeman School of Business, where he still serves as advisor to the Algorithmic Trading Club. In pursuit of his degree, he had the opportunity to study international finance in Mexico, Paris and Beijing. He first joined Equitas Capital Advisors in 2008 as an analyst, performing research in a number of areas, including asset allocation studies, performance reporting, and manager searches and screens. 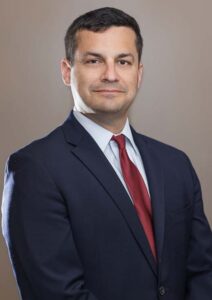 Shep Buckman, a New Orleans native, is a Senior Investment Consultant with over 22 years of experience in financial services. Prior to joining Equitas, Mr. Buckman was a Senior Portfolio Manager and Investment Committee member for United Bank’s Wealth Management division where he guided investment strategy and execution for over $4 billion of private client institutional assets. Mr. Buckman was a portfolio manager at UBS Financial Services where he built customized portfolios for high net worth clients. He also served as a Financial Advisor at Morgan Stanley. Shep has obtained his CFA® and CMT® designations. Mr. Buckman has considerable experience with high net worth families, professional athletes, non-profits, financial planning, lending, alternative investments, and sell-side advisory to include ESOPs (Employee Stock Ownership Plans).

Shep earned an MBA in Finance from Johns Hopkins University and a B.S. in Business Administration with Special Attainments in Commerce from Washington & Lee University. 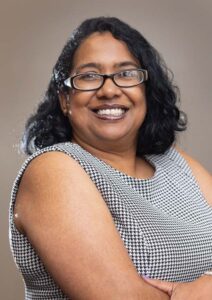 Trina St. Julien has served in the financial services industry in a wide variety of positions for over 39 years. A native of New Orleans, she began her career at Merrill Lynch in 1983 and later relocated to Columbia, SC as Assistant Operations Manager. Trina returned to New Orleans in 1998 and joined our group a year later, bringing not only a high level of professional and personal commitment to our clients, but extensive experience in operational and administrative services. Prior to joining the Equitas Capital family again, she worked for Capital One Southcoast, Inc. where she provided administrative/operational/ financial service support to the top institutional equity sales producers and trading staff.

She is a mother of four children and a grandmother of three grandchildren. Trina and her family make their home in New Orleans. 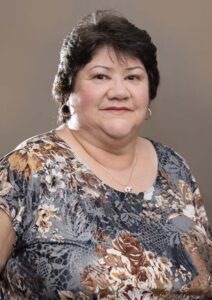 Andrea has 29 years of experience in the investment field with financial service companies and broker dealers. Prior to joining Equitas, she was employed with Physician’s Resource Group, a Financial Planning Firm. Andrea’s work experience also includes 15 years at Waters, Parkerson & Co., Inc. in Operations where she handled cashiering, ACATS, DTC and successions among her other duties. Her administrative and operations experience is as extensive as her professional commitment.

Andrea and her family reside on the Westbank of New Orleans. 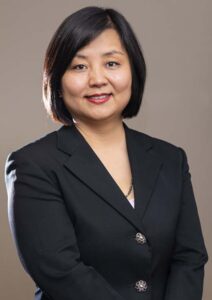 Rachel is a native of China and received her B.A. from Seattle Pacific University in 2003, with a double concentration in Finance and Information Systems. Prior to joining the Equitas group, Rachel acquired valuable analytical, teamwork, marketing, and customer service experience through a variety of positions in Beijing and Seattle. She enjoys research, quantitative analysis, and the professional yet friendly working environment at Equitas. Rachel’s responsibilities include verifying the accuracy and fair presentation of clients’ investment portfolio performance. Rachel also creates client-specific asset allocation studies, participates in investment manager searches, assists consultants with portfolio construction, and evaluates existing manager performance. She likes to work together with Equitas consultants, managers, custodians, and software providers to provide excellent client service.

Rachel currently resides in uptown New Orleans with her husband Lev and daughter. 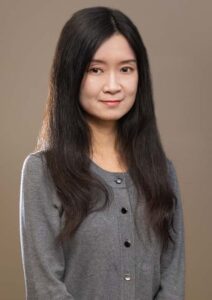 Yu is a native of China and received her Bachelor of Finance Degree from Zhongshan University in China and Master of Finance degree from the A. B. Freeman School of Business at Tulane University. Prior to joining the Equitas group in 2010, Yu worked as a Portfolio Analyst at Planning Associates of Louisiana, LLC and was with Citigroup as a Compliance Examiner. She won awards in both the national Mathematics competition and Physics competition in China. *Yu holds the Chartered Financial Analyst designation.

She resides in New Orleans with her husband and son. 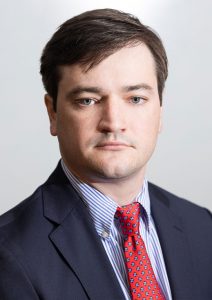 Nicholas earned his Bachelor of Business Administration degree with a major in finance at Southern Methodist University’s Cox School of Business in Texas. Nicholas is a native of New Orleans and a graduate of Metairie Park Country Day School. He received the Robert Montgomery Award for attaining 10 varsity letters during his high school sports career. Nicholas won 2 city and 2 state chess championships and placed 5th in the annual national chess tournament. Nicholas is a licensed private pilot and a licensed real estate agent. Nicholas previously worked at Equitas, as an intern, during the summers of 2013, 2014, and 2016. After college, Nicholas worked for a technology company in Texas. 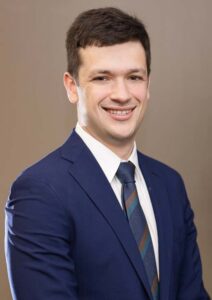 Alexander Thomas is an investment analyst for Equitas Capital Advisors. He graduated from Spring Hill College with a Bachelors in Financial Economics and graduated from Walsh College with an MBA degree. Previously, as an intern, Alex worked as an administrator for Equitas utilizing QuickBooks accounting and fielding client calls. Before starting at Equitas, he worked as a marketing specialist for a sports commentating company where he increased the research database, which directly resulted in sales for this company.

Alexander started a business partnership in high school by forming a music band that performed in many venues such as the House of Blues, Rock’n Bowl, and Shamrock. In addition to playing drums and singing, Alexander played the role of managing the band’s finances to produce an album or to make and sell merchandise.

Alexander is a New Orleans native and got his high school diploma at St. Martin’s Episcopal. 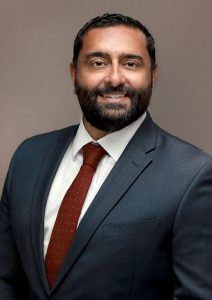 Prior to United Bank, Ro served as Chief Investment Officer for a multifamily office in Northern Virginia, managing and running both proprietary, systematic strategies and external investment relationships. Ro also served as a portfolio manager at Wilmington Trust, where he built customized portfolios for ultra-high net worth clients. Ro has extensive capital markets and equity research experience, including having worked for a large cap mutual fund and a long/short hedge fund. Ro earned his MBA from Georgetown University and a Bachelor of Arts degree in Economics from Colby College.

Ro is a South Florida native, but has resided in the DC area for the last 18 years.